Today with Rick, Peggy, Bob and Jeanne, John and Peggy from SV Want To, we rented a taxi for 10€each to tour the small French island of Les Saintes. It’s about 8 miles south of Guadaloupe. We were lucky to have Katalee be our tour guide as she speaks English very well. We went to the south part of the island first and she told us some history of the island then visited Grand Anse beach on the Atlantic side. The waves really come in here strong as there is nothing between here and Africa to break the waves so there is no swimming at this beach.

There were never slaves here as it’s sunny 90% of the time so there isn’t enough fresh water by rain, so the main economy was fishing and now is fish and tourism. Since 1970, water and electricity is piped over in underground or underwater cables/pipes as the desalination plant was destroyed in a hurricane. On the way, we passed the ship house built in 1942 by Adolphe Catan and is now where the free doctors and dentists are located for the islanders. We pass it in the water on the way to the dinghy dock. Unfortunately, it needs a paint job. We also toured Fort Napoleon for an hour which is at the top of a steep hill overlooking the harbor where we all are on mooring balls. 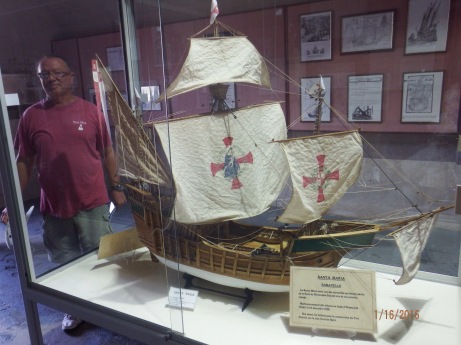 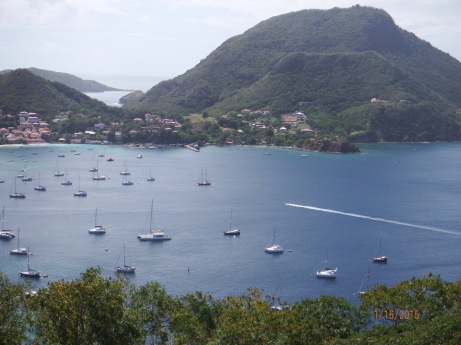 It so picturesque here. The houses are pretty in the Creole Style. The streets are narrow with people riding scooters or electric golf carts. The only gasoline or diesel is located at the very small marina around the point In a cove reached by boat or a 20 min walk carrying jerry jugs. 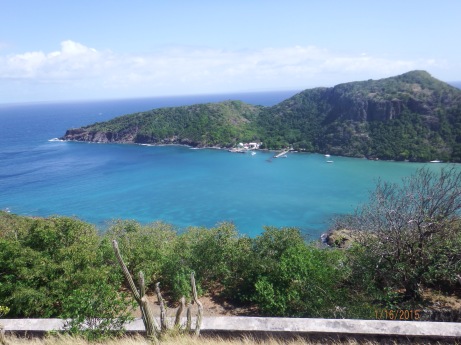 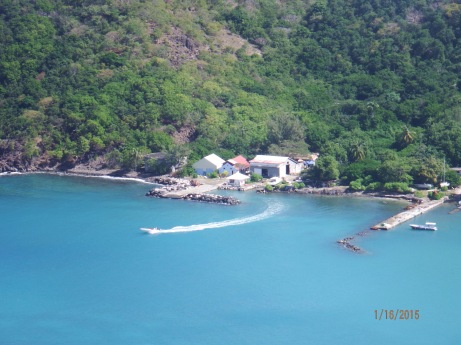 We passed the military cemetery on the way to Grand Anse beach which has the cripts above ground. Many of them had flowers on top.

Along the way there are many goats, chickens and cows that are grazing in some pastures some that go up,the steep hills. There is one point that is an hour hike up the mountain to get to the top and see sometimes as far as Martinique in the south, all the smaller islands around and to Guadaloupe to the north. This path is a 30min hike from town. After the 2 1/2 hour tour we were dropped off at the church. Phil and I were able to buy some groceries just before the small grocery store closed for siesta and then joined the other two couples for lunch at Blue Pizza. 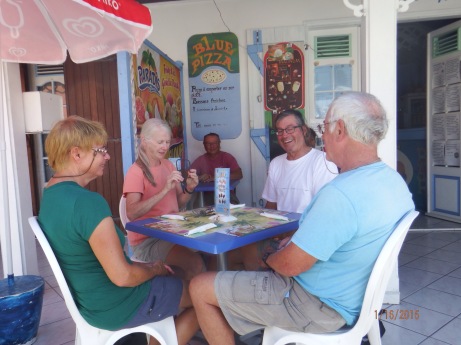 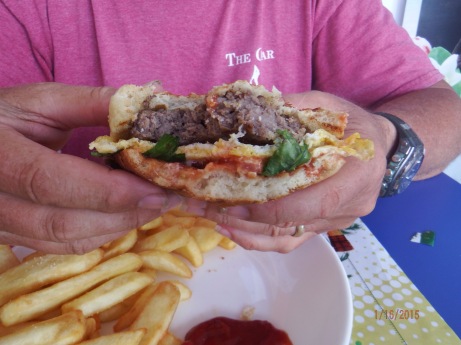 Phil had his standard burger and french fries, this one served with a fried egg in top. I had a thin crust ham, mushroom and cheese pizza which was much bigger than I expected for 8€ for 8 slices about 14″ in diameter. We took home 6 slices so will be good for breakfast or lunch.

Once home we rested then I started putting out pea size beads of the gel that is suppose to kill roaches quickly. I hope it works as last night I felt things crawling on me. Yuk!! I wore vinyl gloves when handling this chemical in a syringe. It’s not cheap at 22€ but aim hope it will do the trick. Then I fixed supper making a rice dish chopping up the left over pork roast, using left over rice, and chopped onion, celery and cabbage adding come curry and other spices cooked together in a fry pan. I thought it was good and Phil thought so too with prompting.

We talked with Walkabout and Vision Quest about where to go next and when. Walkabout has decided to go to Pigeon Island, Guadaloupe tomorrow and we’re going to stay another day. Phil wants to go to Pompierre Beach which we missed during the tour as we didn’t know to bring our swimsuits and towels to stay for the afternoon.

Here are some other photos of some vegetation and views. 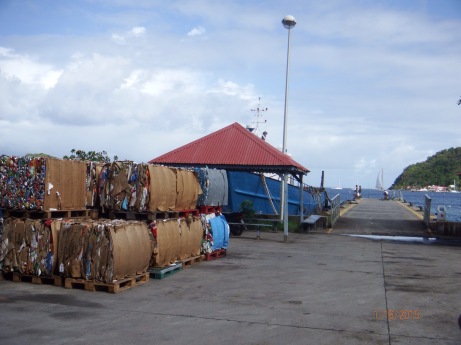 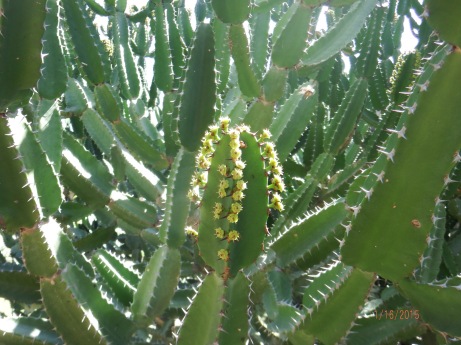 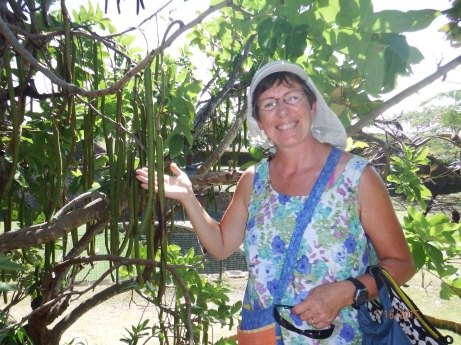