When we woke up this morning, it was still breezy and cool and damp. We paid $2 for our electricity and cast off with Brian and Stephanie’s help at 851am. The winds were 8-9kts from the NW but quickly climbed to 12-15kts once we were in the Neuse River. At this point we couldn’t see the other shore due to the fog and mist, but we could see far enough on the water to make navigating not a problem. We kept the starboard side window up which helped greatly to shield from the wind and keep it comfortable in the cockpit.

We did get some sailing in rolling out the head sail at 952am and turning off the engine for 50 minutes until Adams Creek got so narrow the trees blocked the wind. By 11am we rolled up the head sail and heard some squealing in the engine which Phil fixed easily. It turns out the bolt came loose and the belt was beyond not tight. 5 min later we were on our way again. 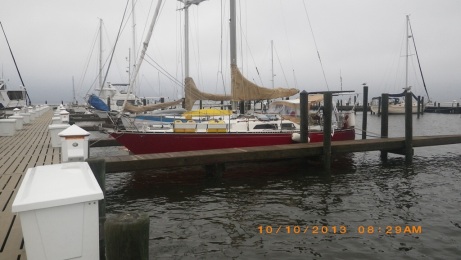 Changes docked at Oriental after water went down.

House we passed in Adams Creek, on way to Morehead City, NC

We arrived at Portside Marina at 125pm and docked. Then we had to move to get Diesel and a pump out and go back around to our original slip docked behind SV Sound and Fury owned by Cameron and his 4-legged pal Daisy, a very friendly black lab. We also met Greg and Barbara of SV Chambra who were going outside to Masonboro Inlet.

It wasn’t too long before Beverly came to pick us up in the car to spend the night with them in their new house in the Brandywine Golf Course Community. Their new home is beautiful and just right for their needs now. They are close to many stores and close to their sons too. We went out for dinner to Tsunami Buffet that had sushi and lot of Chinese and seafood that was very good. 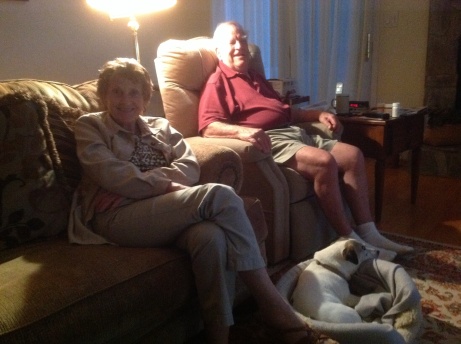 The next morning we met their daughter-in-law Karen and her sister Diane for breakfast at Kountry Kitchen. They have good down home food there at reasonable prices. 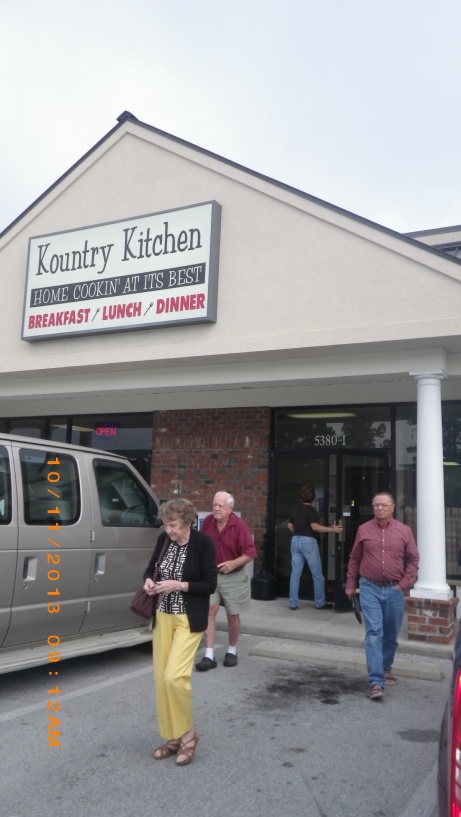 After breakfast we drove over to Beaufort, NC to see David and Marty in John’s Canvas Shop. It was good for me to meet them and for Phil to see them again. Phil has ties to the Love family from when SV Changes and SV Rapscallion were docked at Mentor Lagoons in the early days.

David, Beverly, Marty Love and Phil in front of their canvas shop

It was good to see everyone, but we needed to get back to Changes to prepare for our overnight passage to Charleston, SC. We had a short weather window we wanted to make to get out of this cool wet weather and into warm sunny weather.

Thanks Beverly and Tom for your warm hospitality. It was great to see you again!