We’ve been listening to Chris Parker weather as usual in the morning and expecting a cold front to come through with NW winds. At first they were predicted to be 10-15 kts and we were planning on staying at Monument Beach anchorage off Stocking Island. Two things happened since yesterday’s weather. 1. Phil went for a swim and on the way back found a sand bar 4′ deep 80-90′, too close to Changes for his likening especially since the winds and boat would be clocking 180 degrees. 2. The winds us predicted to,be higher with squalls to 30kts. So we raised anchor after the Cruisers Net and motored over to Kidd Cove to get water, diesel and fresh food at Exuma Market then raised anchor to go to Red Shank Cay Anchorage. On a side note, I had bought a shower curtain liner so drop over me so,that I get less wet riding across the anchorages in the dinghy. This came in handy for keeping us dry on the way back from Lake Victoria as it was upwind and splashing water into the dinghy on the way back to changes especially with us loaded down with so much diesel and water.

We anchored in Red Shank Cay area 2.5 hrs before low tide with 6 boats already there with winds SE at 14-15 knots. We could only let out 50′ plus another 12′ for the snubber (1.6′ under the keel with 60′) and had 2.4′ under the keel wish was enough at low tide. Taking advantage of calm waters we took the dinghy into the government dock to walk a block to do laundry at Baranki Wash and take advantage of free WiFi to use the Magic Jack for calls. We met Michelle and Steve from SV John Ray so enjoyed getting to know them a little. They are planning on going to Long Island, so if we go there maybe we’ll see them again. I also met Toni, a local in the convenient store next to Baranki who is starting to sell bread. She doesn’t have a VHF radio, so I offered to take her information and announce it on the cruisers net under local businesses. We bought a small loaf of wheat bread for $3. (Had it later and was very good). On the way back to the dinghy, I twisted my left ankle going down the steps as the steps aren’t level and fell on my bottom scratching the back of my left forearm. I’m ok with no residual ankle problems, but at my age falling isn’t fun! On the way back we stopped at SV Blue Bay to say Hi as they are from Wisconsin.

After we got back to Changes and settled, Phil pulled out his iPad and found that the front and side edge by the charger was shattered! At first he thought it wouldn’t work, but then after turning it on with the side button, it is working. It was in the bag that I was carrying on my shoulder and must have hit the steps when I fell. This is a big loss as he didn’t get the extended warranty and it costs so much to replace. He put some electrical tape on the 3 front edges to keep the glass as intact as possible and fortunately it still charges. We hope it continues to work until at least we get back to the states. 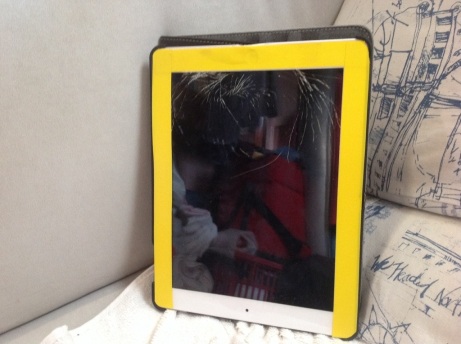 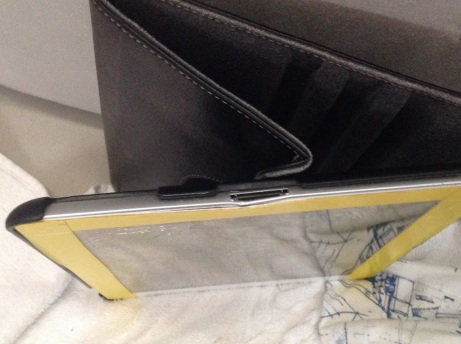 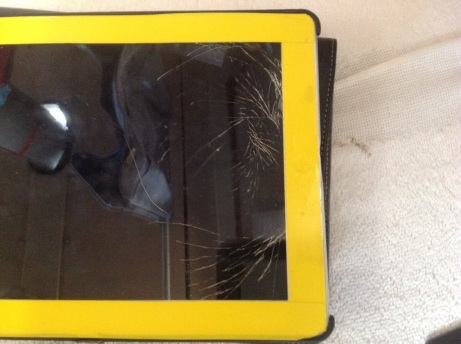 By 345pm more boats were coming into the anchorage to seek protection from the NW winds predicted and squalls up to 30kts. We watched the anchoring dance then I fixed an early supper of pork, sauerkraut, carrots and potatoes. We read as is our usual for the evening and went to bed about 1030pm.

Here is where our excitementbegins. About 2-230am I woke from the rain. By 3am the wind started to increase and Phil woke at 4am to 25-30kt winds from NW. Changes had clocked 180 degrees and Phil turned on the engine and kept it on, in case we started to drag as the only thing behind us was sharp rocks that would eat our boat up. The wind was about 10 degrees off the bow and we were heeled over 5 degrees to port because of wind and current situation. Looking off our starboard stern, we saw a boat that had dragged (we learned later they dragged about 330am) and we couldn’t tell in the dark whether they were on the rocks on the little island behind us or not. Someone was in a large dinghy that initially went to SV Imagine next to us and their boat. The dinghy was out there for over an hour moving around the SV Final Lee, a Beneteau 400, while we kept an eye on whether we would drag or not. Our anchor held even when we saw 32.5kt winds. The rain poured down but we had some breaks too. We had our radio on, but there wasn’t as much traffic as we thought there might be. By 5am the wind started to die and by 530am Phil turned off the engine. Lucky for Final Lee, they went aground at low tide and was stopped while on sand before the rocks. They were able to get two anchors at 45degree angle with the bow pointed into the wind and keep the boat off the rocks. Later as the tide rose, they motored off and went to south side of the island. We understand they have a Bruce Anchor that had a clump of hard sand on it that didn’t clear enough so the anchor could set itself again after clocking 180 degrees.

After the excitement was over, we had the other half of the sandwiches I made yesterday, listened to Chris Parker weather, the cruisers net and very tired went back to bed about 830am. I slept until 11am and Phil until noon to winds 8-10 kts from the north and a much calmer anchorage. Now we are very glad that we made the decision to go to Red Shank Cay as it’s a more protected anchorage. We had been thinking of staying at Monument Beach before Phil found the sand bar. We heard the next day that one boat’s snubber line chafed through and he needs another anchor hook.

We woke very hungry, so I heated up last night’s dinner for lunch then decided to go anchor in front of volleyball beach in hopes that we could get WiFi signal from St. Frances resort on the boat. We left about an hour before low tide and still didn’t have problems with skinny water. We were glad for the GPS breadcrumbs with the cloudy skies, it was harder to see the coral heads. I did the tracking to and from the anchorage and OK messages if you want to check the SPOT Location Page link. We were anchored byn238pm with 14.5 ft under the keel. Oh, for the first time in a long time, it’s cool. I had to put on long sleeves and capris!!! YES!

It was a little bouncy last night and after listening to Chris Parker, we decided to move closer to land since another cold front is predicted for Saturday, this time without NW winds and we see a spot behind Texas two Step. We moved at 715am and it’s a good thing we did as SV Fritheten (free if ton) from Oslo left and a few other boats came in. We had 12 ft under the keel when we anchored at almost high tide. It continues to be cool in the mid to upper 70’s and cloudy, so Phil had to run the engine a little this morning to charge the batteries. I’m enjoying the coolness and not feeling sticky all the time.

I’m looking forward to the Ladies Luncheon today at St. Francis at 1230pm and will buy 4 wifi ticket for 1gb of data. I plan on calling Katie tonight and others. Feel free to call us on Magic Jack if you want. Email me if you don’t have the number.