We started out the day listening to Chris Parker weather then Mike from Shrimpys Cruisers Net which starts at 730am channel 10. Phil likes to start his projects early so after a quick breakfast, we left at 930am to go to the Ace Hardware store. You dock at the Island Water World on the Dutch side close to Cole Bay. Walk to the street and turn right and the next intersection make a left and walk up the long hill until to get to a busy corner. It’s on the right. This hardware store is BIG and well stocked especially for the Caribbean. He needed a hand saw as he wants to fix the hole inside the cockpit port side where he had put the autopilot but found it was where we put our foot to brace when the boat is heeled while at the helm. He found a hand saw, but unfortunately no replacement blades. 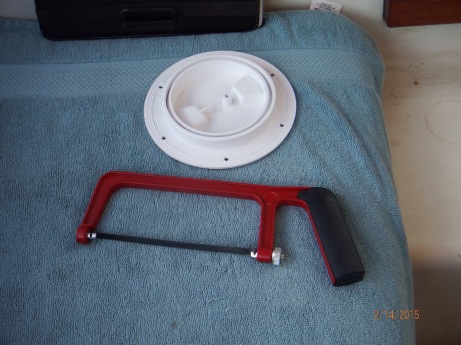 We walked back and then we to Lagoonies for diet cokes and internet. I tried to get access to work W2 form to download from ADP, but wasn’t able to get connected. We spent time on the internet until 1230pm when it was time to get back for lunch and then a nap as this evening’s entertainment was the cruiser band “White Chocolate” who was playing at the Hot Pink Tug Pink Iguana tonight 5-8pm. We have many cruiser friends meeting us there.

After my nap, I took and shower and then Phil took his after some prompting. I got dressed in a slightly dressier dress and Phil wore his hot pink golf shirt, so we matched well. We arrived at 4pm, before everyone else and it’s a good thing it was downwind from Changes as the waves were about 18″ tall. It was quite bouncy tying up to the tug and we both needed help climbing on. We climbed to the 2nd story and grabbed a square table that all 8 of us could sit around. It wasn’t too long until Janis and Bob from SV Plane to Sea, Mary and Bob from SV Nightwatch and then Pat and Bridget on SV Kioni arrived. They too needed some help climbing onboard as the waves continues to be high and there was a long fetch. We hope the wind calms down when it’s time to go back or it’s going to be a very wet ride!! White Chocolate did an excellent job. 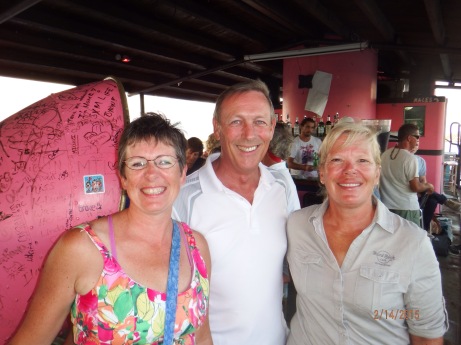 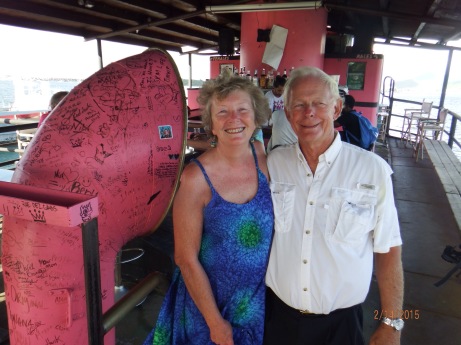 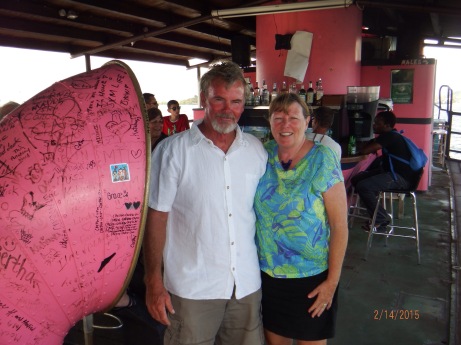 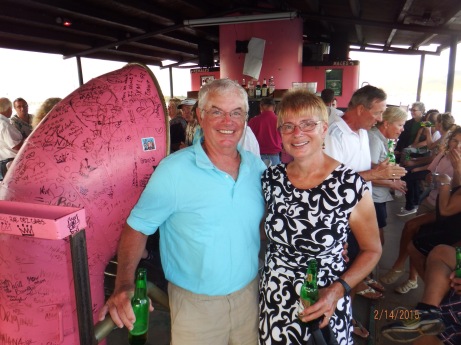 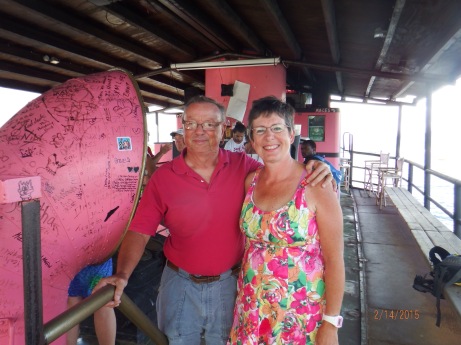 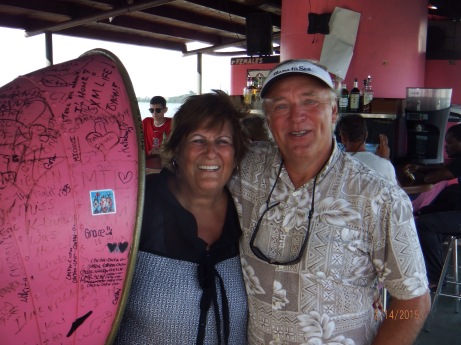 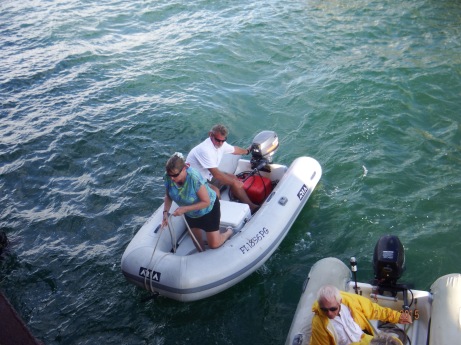 Dave has been playing guitar for 2 years and Trudy sang beautifully as she use to be an opera singer. We had a great time listening to mostly 50’s music and had the opportunity to dance too. Last time we danced was at Portsmouth, Dominica. There we saw other cruising friends and met up with Gail and Eric on MV Viking Dream, whom we met in the Turks and Cacaos on our way down last year They are staying in a marina in Philipsburg to have some work done on their boat. We hope to take the bus down ($2/person) to take a look at Philipsburg and visit them.

Thankfully, by the time we left about 845pm, then winds had calmed down a lot and so the waves were small and we made it home with no problem. We didn’t exchange Valentine cards. It looses it’s meaning when you go into the Card Store at the same time looking at cards, so we let it go. There really aren’t many places to get cards and aren’t that many times when we aren’t together.